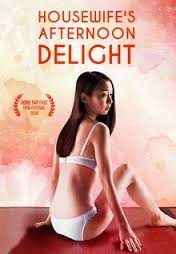 Sayaka is a housewife living in an apartment complex. Her husband Yuji is always busy with work and they rarely have communication, let alone sex. Sayaka is surrounded by various neighbors such as the old man living by himself, a nagging woman and mischievous children. She feels uncomfortable and bored. One day Sayaka meets Teppei, a water filter salesman who seduces her. Naturally they make passionate love. In the daytime, they make love in various places including the kitchen, on the sofa in the living room, in the bedroom where she sleeps with her husband. Teppei got divorced a long time ago and he brings up his child alone. He indulges his passions as if he is running away from his stressful life and work. On the other hand, Sayaka gradually feels a pang of guilt. And one day she makes up her mind… Besides plethora sex scenes, this film depicts the loneliness and sadness that lurk in daily life. This is a remake of a film first produced in 1971 by Shogoro Nishimura.